EDIT 08/05/2018: You know what I did with all that time I wasn’t staring at my phone? I was writing a novel–and you can check it out at the Shale Project, alongside all the other neat art I’ve created over the years. Just goes to show all those seconds add up. Put down your cell phone; pick up your life.

*credit goes to Emilie Wapnick of Puttylike for her delightful self-description as a “tech-savvy Luddite”, which I identified with immediately!

You’ve probably seen them at some point. Articles on your Facebook feed, or popping up in internet searches. “How to Live Without a Cell Phone”, “Life Without a Smartphone”, “I Survived Without a Cell Phone for 100 Days/1 Year/4 Years/etc”. In the last five or six years, plenty of people have started extolling the virtues of “unplugging” from their phones. Usually they talk of breaking an old phone and simply not replacing it, or else making the conscious decision to get rid of it while traveling or something similar. On occasion they don’t mean “unplug” so much as “downgrade”, in which case the topic isn’t cell phones so much as smartphones–the point there is usually about curbing an addiction to social media or an overdependence on apps. It’s not a hugely popular trend, but there are people out there who are testing a brief period of life without a cell phone and finding that there are indeed benefits to be appreciated.

Well guess what, friends? I’ve “survived” without a cell phone of any kind for my entire life.

A Rare Specimen: The Phoneless Twentysomething 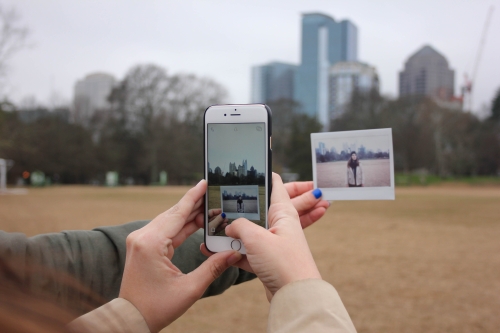 Now of course, the only reason why this is remarkable is because it goes against so much of the way we live in the world nowadays. “You don’t have a phone? How do you text people/contact your family/get anywhere/do anything?” I’ve heard endless variations on this question–in fact, it usually sparks a quite long and interesting conversation about society and technology. I often hear people say things in response like “I can’t even imagine life without my phone.”

The thing is, I can imagine my life without a phone. Super-easily. I spent my childhood without one–I was part of one of the last generations to grow up where it wasn’t normal to give children phones (or tablets or computers for that matter)–and then I had the family landline, so it didn’t matter as long as I lived at home. Then I had a computer that provided me with email, Messenger, and eventually Skype and Google Talk, so even when I moved out of my family’s house I had ways to contact and be contacted. (And get this–for the first two years of my time at Glendon, they had landlines connected in all of the residence rooms!)

If I ever went out with friends and needed to phone home, I’d use their phones; if I wanted to listen to music, well, I have an mp3 player for that. If I wanted to figure out where I was going, I would either check the directions before leaving the house (and WRITE THEM DOWN ON PAPER!), or I’d just get to the general area and ask around. (On the point of the wayfinder thing, I’m convinced that the reason everybody’s sense of direction is crap these days is because there’s a GPS there to do it for you.)

For the first, long stretch of my life, not owning a cell phone had nothing to do with deep philosophical values or a desire to go against the grain or anything like that. It just wasn’t necessary. I never needed one badly enough to overcome the lifestyle I had built.

It was later, after the umpteenth person told me I “need a phone” (my best friend literally bought one for me, trying to pressgang me into going and getting it set up), and I realized how hopelessly they pervade our culture, that I decided to consciously resist getting a phone for as long as I possibly could. Because regardless of needing or not needing one, I didn’t want a cell phone.

If this sounds hindsight-y, it’s because it is. About two weeks ago, with graduation looming (and subsequent Real People Job-ing on the horizon), and a solo trip to Europe in the summer plans, and being poised to likely take over the lease of the apartment–well, I finally conceded that it was more practical to have a phone than not to have one. But I’m convinced that, by living without this gadget for so long, I’ve cemented a lot of personality traits and lifestyle quirks that will serve me far into the future.

What a Whole Life Without a Phone Teaches You 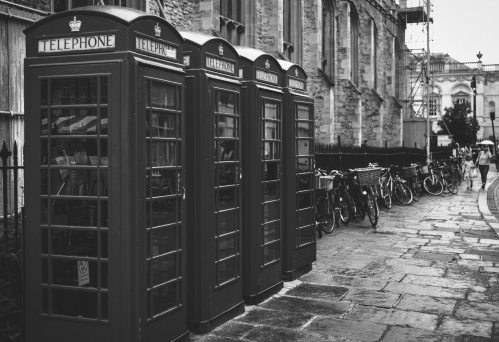 Do I miss my life without a phone? Not sure yet. It’s only been a fortnight, and I purposefully did all I could to minimize the impact it has on my life (no data, no apps, nothing–it’s basically a glorified landline). I’m a bit miffed that an extra $50 or so will be leaving my bank account per month, but I suppose that’ll be balanced out by the money to be made in a Real People Job. And as for my freedom and solitude, well, all I have to do is turn the thing off. The point is that, after living through all of my formative growth periods without this tool, I’m able to view it as a tool, and not as an appendage. Which means with any luck at all, the phone will work for me, and not the other way around.

How do you feel about your own phone/tech usage? Have you ever considered downgrading to a “dumbphone”? Are you curious about anything I didn’t cover? Let me know!

8 thoughts on “The Tech-Savvy Luddite: Living Without a Cell Phone for 23 Years”